As well as a new set of cards in packs, there have been daily SBCs, and objectives for FUT Captain Lars Stindl, with another objectives player likely to come with the release of Team 2 on Friday, 15 April.

To complete the objectives player, you will need to play in the Live FUT Friendly: The Chosen One, so we’ve put together some of the best squads you can use in this heavily restricted challenge.

First, let’s take a look at the requirements for the Live FUT Friendly: The Chosen One.

The biggest restriction is obviously only using players from one club, with the rating cut-off intended to keep a level playing field.

You will almost certainly need to invest in some players, as the bench also has to be filled by players from the same club.

It seems a bit obvious, given they are one of the biggest clubs in the world, but Real Madrid will be a top team to use in this friendly.

Karim Benzema will be a must up top, taking up your 85+ OVR spot, with many versions to pick from.

Pace is offered on either side of him by the Brazilian duo of Vinicius and Rodrygo, with Ferland Mendy and Federico Valverde also bringing legs to the side.

The weakest area for the side is in goal, where we have to turn to Andriy Lunin, but he should be given plenty of protection from Marcelo, David Alaba and Eder Militao just in front of him.

Another giant of a club, Bayern Munich have top talent all over the pitch.

Robert Lewandowski will be your big hitter, although you could opt for Kingsley Coman if you fancied a bit more pace.

The main draw to play with Munich will be using Leroy Sane, Marcel Sabitzer, Alphonso Davies and Dayot Upamecano, who all come in under the rating cut-off.

Right-back is the only real area of concern for us, as Benjamin Pavard only has 69 PAC – luckily, he has Upamecano covering just inside.

If you’ve kept up with the Silver SBCs throughout the season, then you could be in luck, with three Manchester United players getting the nob.

Phil Jones, Paul Pogba and Anthony Elanga all have much better stats than their 74 OVR suggests, which works perfectly for this friendly’s restrictions.

Of course, Christiano Ronaldo will be your star player, although if budget is an issue Marcus Rashford or Jadon Sancho could be used instead.

The rest of the side is made up of solid enough players, nothing too fancy, but they will all do the jobs required of them.

Borussia Dortmund was one of the first teams we thought of when building a side with the one club restriction.

They have quality all over the pitch and are also helped out by Reinier and Marco Reus gaining cards during the Silver Stars Series.

Emre Can and Axel Witsel will give great cover in the middle of the park, and the defence mixes pace and power equally.

We’ve opted for Fantast FUT Donyell Malen as our star man (which explains the high price of this team), but a more budget-friendly option would be using Erling Haaland.

If you do that, you can still play Malen’s gold card, either over Julian Brandt or Thorgen Hazard.

If you’re after a budget team, look no further than RB Leipzig!

You can field a competitive squad just using gold cards, or take this as a base and improve where you see fit.

The strongest area of this side is the defence, which sees Josko Gvardiol and Lukas Klostermann pair up in the middle for a pacey partnership.

Although our 85+ player is used on Peter Gulacsi in goal, he can definitely be switched out for a stronger attacking option, depending on your budget and who else you already have in your club.

Wanting something a bit different? Then give this Monaco team a try-out.

Again, there is scope to bring in better versions of the players depending on your budget, but the main focus will be using the lightning-fast wingers of Gelson Martins and Krepin Diatta to get past the backline and whip balls into Wissam Ben Yedder. 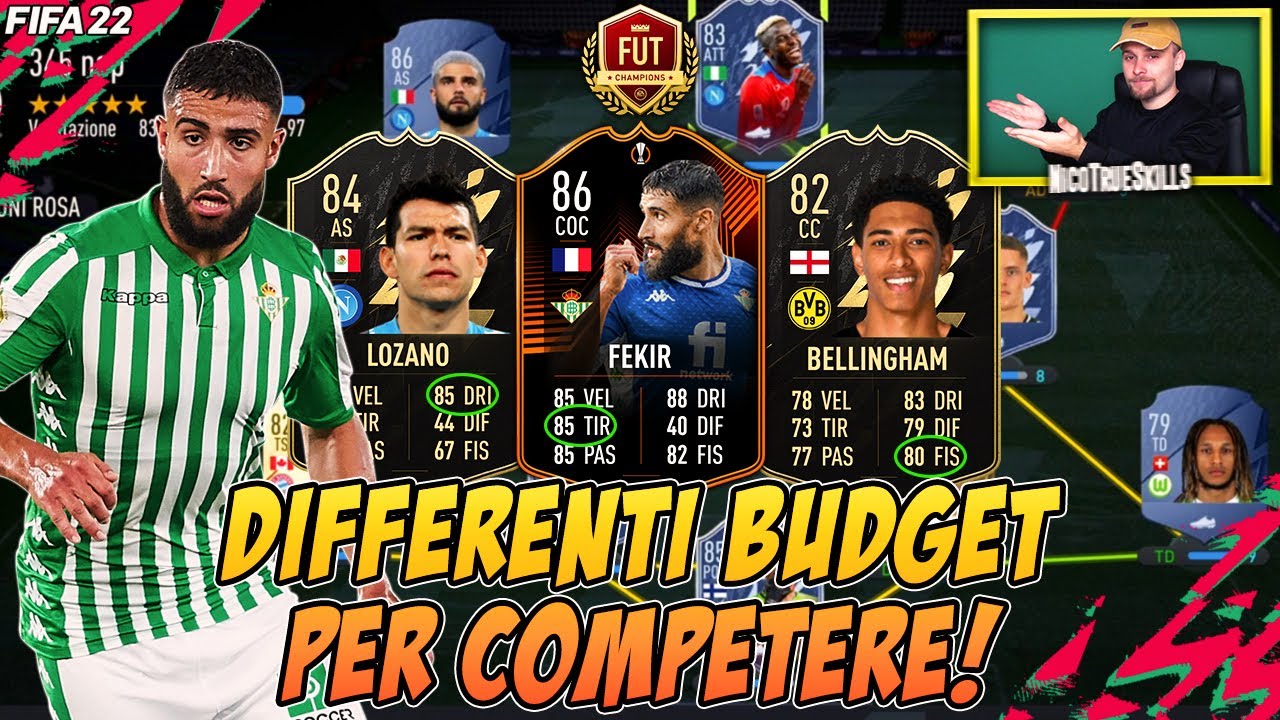 The defence will be a bit shaky, although the inclusion of the Silver Stars Series Harisson Marcelin should shore it up some.