Sony’s revamped PS Plus service was under the microscope before it was even announced. As soon as journalists caught wind of the company’s rumored “Spartacus” service, fans began speculating about how it would stack up against Xbox Game Pass. When Sony formally revealed its plans and noted that PS Plus wouldn’t feature new launch day releases, many immediately wrote the service off as an unworthy competitor.

Today, Sony made a key pit stop on the road to the service’s June 13 launch. The company released a long list of “some” of the games that will launch with PS Plus. The list includes recent PS5 hits like Returnal and classic titles dating back to the PS1. It isn’t an exhaustive list of all the PlayStation’s greatest hits, but it’ll bring series like Ape Escape, Jax and Daxter, and Ratchet & Clank games to modern consoles.

Based on the lineup, PS Plus isn’t looking like it’ll go toe-to-toe with Game Pass. However, that’s because the two services aren’t in the same ring. PS Plus has a different value entirely, one that’s built around the past, not the present.

Those who subscribe to the top tier of PS Plus in June will get a whole slew of games pulled from PlayStation’s history, plus a handful of third-party titles. The latter is the closest the service comes to competing with Game Pass, and it’s the least enticing part of the subscription at present. Several of the included games, like Mortal Kombat 1 1 and Marvel’s Guardians of the Galaxy, are already included with Xbox Game Pass. It’ll be exciting news for those exclusively in the PlayStation ecosystem, but those titles don’t present a lot of new value for Game Pass subscribers.

Instead, Sony’s ace in the hole is history. The classic game lineup is filled with iconic titles and off-beat oddities like Ico, Dark Cloud, and Hot Shots Golf. For those who grew up playing PlayStation games, it’s a nostalgic dive back into history. Sony even notes that players who already own certain old titles will be able to download them onto modern consoles for free without needing to subscribe to PS Plus. That move retroactively creates a united PlayStation ecosystem that’s always been lacking between devices.

If you missed a few generations of PlayStation, on the other hand, it’s an opportunity to explore the past – an experience that’s hard to come by these days without diving into the emulation scene. In that sense, Sony’s approach with PS Plus is less akin to Game Pass and more comparable to Nintendo Switch Online. It’s an act of preservation, even if it’s a highly curated one at the moment.

That focus on classics works for Sony because, like Nintendo, it has such a deep backlog of games to pull from. When the list of games dropped this morning, I chatted with some friends who began pointing out all the titles that were absent from the list. There’s no Sly Cooper, Metal Gear Solid, or Twisted Metal. That seemed disappointing at first, but it speaks to how much Sony will be able to support a classic games service month after month. A launch lineup that leaves players wanting more just means that Sony can drop headline-worthy batches of oldies every month, just as Game Pass does every month with new releases. It’s a tricky balancing act, and Sony may be underdelivering with its initial batch of games in June, but it’s a better start than Nintendo’s Expansion Pack, which only featured nine Nintendo 64 games initially. 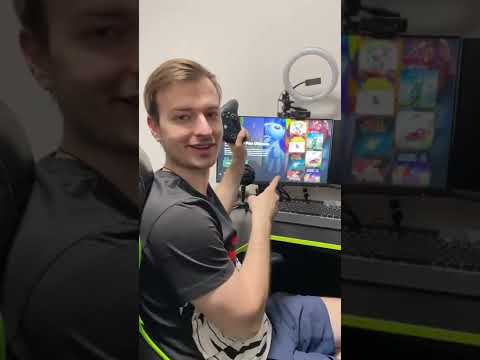 The truth is that trying to compete with Xbox’s service head-to-head is a fool’s errand. Game Pass is already Game Pass, so why try to replicate it for PlayStation? It’s not even locked to Xbox consoles, so PlayStation owners can still use if they have a PC. If Sony’s going to court subscribers, it needs to give them something unique that gets them to buy a second subscription, not convince them to ditch one for another.

The current plan for PS Plus seems to address that challenge. To play the classic games featured here, you’ll need to buy into Sony’s service in some way (whether by subscribing or buying games individually). No other service will be able to claim that. And if you don’t care about Ape Escape, the service will still feature modern games like Spider-Man: Miles Morales to provide the flashier value proposition you might expect from a gaming subscription service.

PS Plus doesn’t look like an Xbox Game Pass competitor, and that’s exactly why I’ll subscribe to it next month.