Squad updates are a regular thing in FIFA 22, and the latest update went live on Friday, 25 March.

Xavi appears to have turned Barcelona’s fortunes around, with several of their players receiving upgrades following the 4-0 El Clasico triumph.

The same cannot be said for Juventus though, and the Piemonte Calcio players have taken a bit of a battering in the latest ratings!

Barcelona has been in sensational form of late, and that has been noticed by EA with no less than four players seeing their overall rating increase!

January signing Pierre-Emerick Aubameyang has been deadly in front of goal, leading to his rating rising to 84 OVR.

Among the attributes changed, boosts for Composure, Heading Accuracy, and Positioning have led to Auba earning the Poacher trait too.

Midfield maestro Pedri has also seen his rating rise after a string of impressive displays, and he looks to be the FIFA 23 Wonderkid to look out for next season. 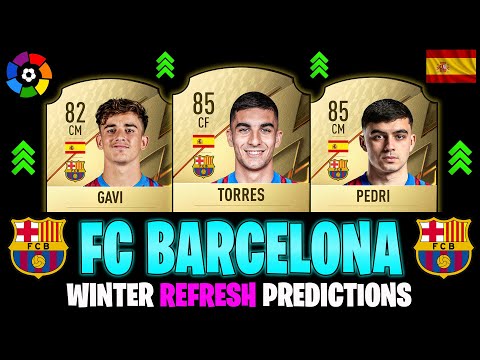 Centre-backs Ronald Araujo and Eric Garcia are the other two players to be upgraded, and Araujo could be a monster next season too!

It’s not all celebrations though in Catalonia, as Memphis Depay and Sergi Roberto both received downgrades to 85 OVR and 80 OVR respectively.

If Barcelona came out on top, then ~~Juventus~~ Piemonte Calcio certainly copped some flak in the latest changes.

Five of their players took hits to their ratings, with Giorgio Chiellini, Arthur, Alex Sandro, Alvaro Morata, and Danilo all suffering this month.

Paulo Dybala also took some hits, although the changes to his pace and finishing have not altered his overall just yet.

Veteran centre-back Leonardo Bonucci is another star who did not avoid the hammering, although again his downgrades did not affect his 85 OVR.

Young stars Matthijs de Ligt and Manuel Locatelli did not see any downgrades to their current ratings, although their future potential has been deducted -1.

Clearly a tough period for Juve, only Dusan Vlahovic and Mattia De Sciglio came out with any credit as both players were awarded +1 to their OVR.

Take a look at a selection of the most notable upgrades and downgrades from the latest squad update.